Watch the latest Trailer
Get it now 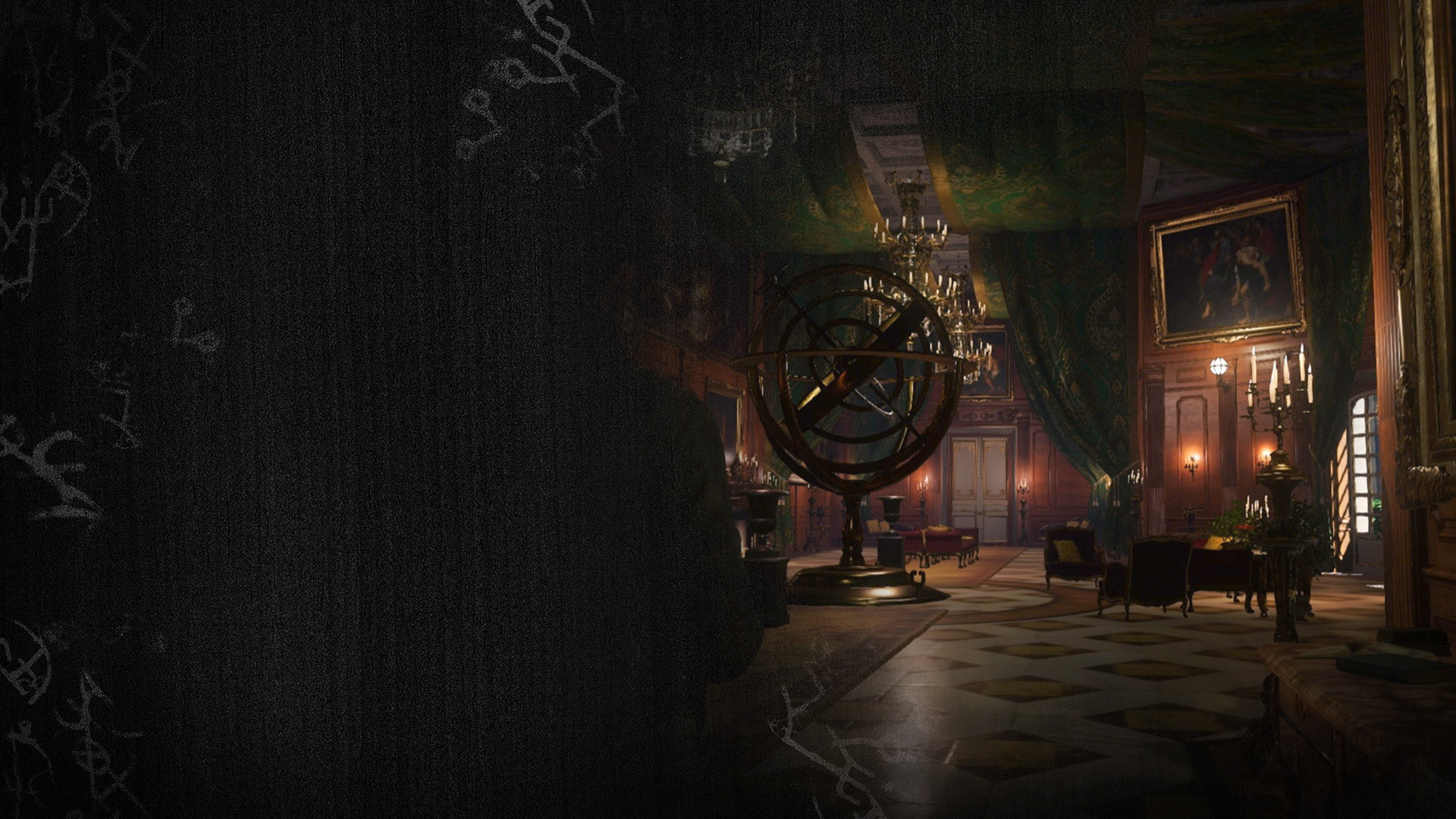 The Council delivers a fresh new take on the Narrative Adventure, where your choices and character growth truly matter. Make hard-hitting decisions, develop an array of skills and directly impact how the story unfolds. With permanent, long-lasting consequences, there is no going back.

Plunge into a tale of intrigue and manipulation in the style of a classic murder mystery, living with a cast of alluring characters each hiding their own dark secrets. Trust no one while uncovering dire truths – no matter the cost to mind and body. 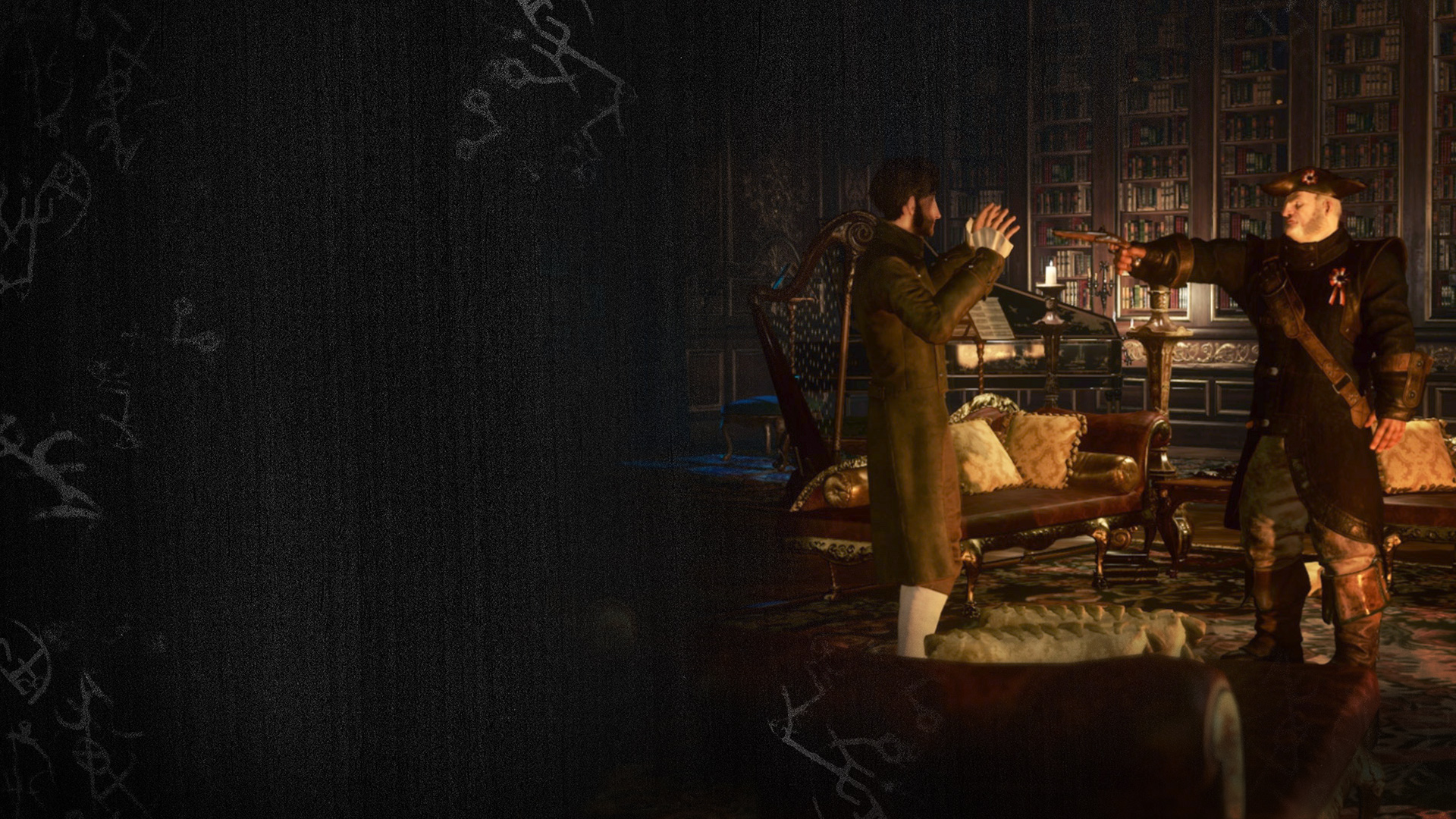 The Council begins in 1793, with you taking the role of secret society member Louis de Richet after his invitation to a private island off the shores of England by the enigmatic Lord Mortimer.

Joining you are a number of high profile guests, including Napoleon Bonaparte and President of the newly-formed United States of America, George Washington.

The strange nature of this private reception goes beyond just the prestigious guests –Richet’s own mother has recently gone missing on the island, while each and every one of the colorful cast seems to have their own hidden agendas… 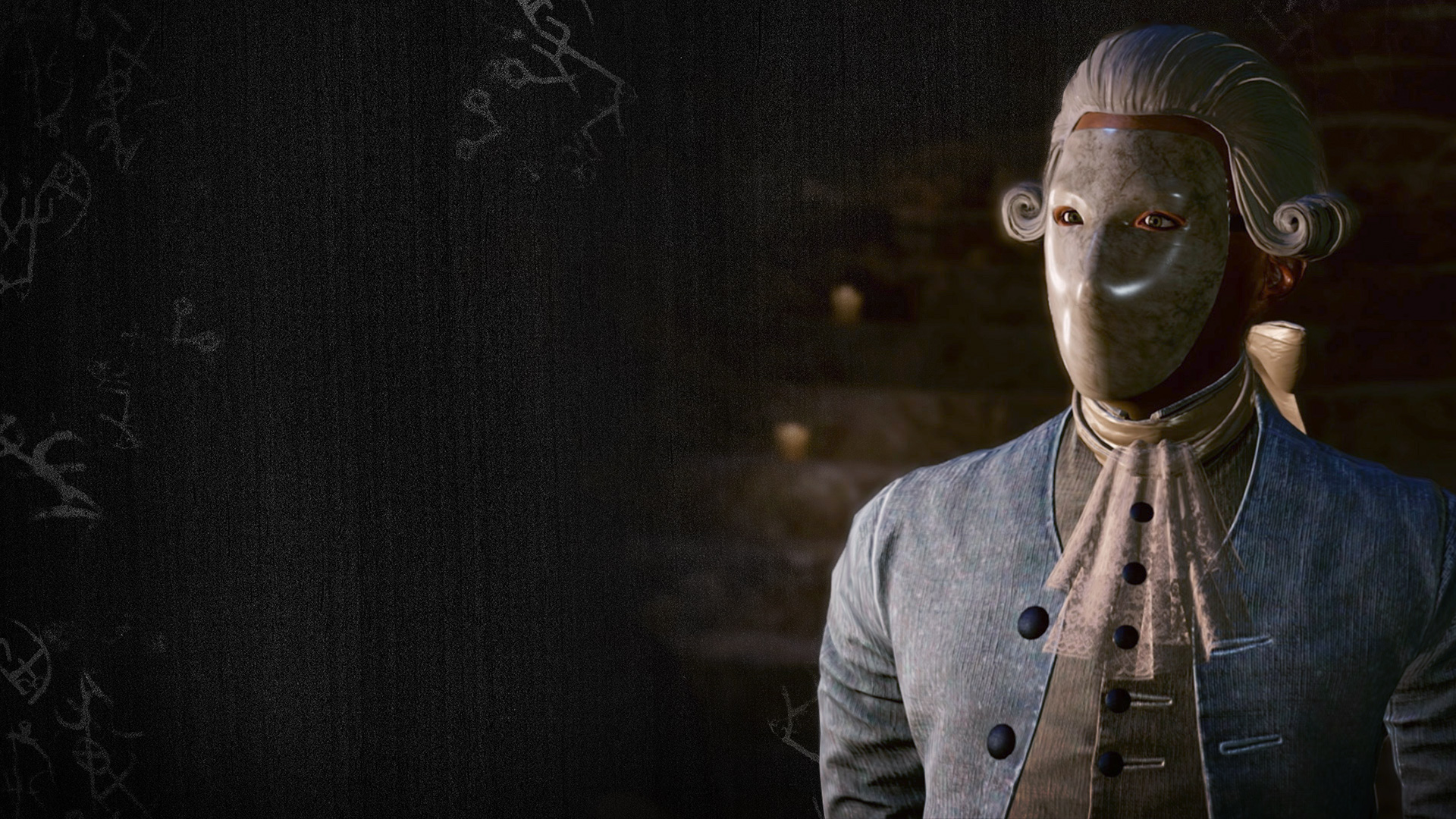 A New Take on Narrative Adventure

In a new twist for the genre, the core of The Council’s gameplay comes from manipulating and maneuvering through character encounters using the unique Social Influence system.

During confrontations, skills and limited resources can be used to gain the upper hand and achieve the desired outcome. You will be rewarded for your knowledge of each character’s psychological vulnerabilities and immunities, as well as their preparations made during prior exploration and investigation.

Failing an encounter does not mean ‘game over’, and no action can be taken back. The consequences are permanent, and may result in persistent physical disfigurements or mental traits that help or hinder the rest of your adventure. 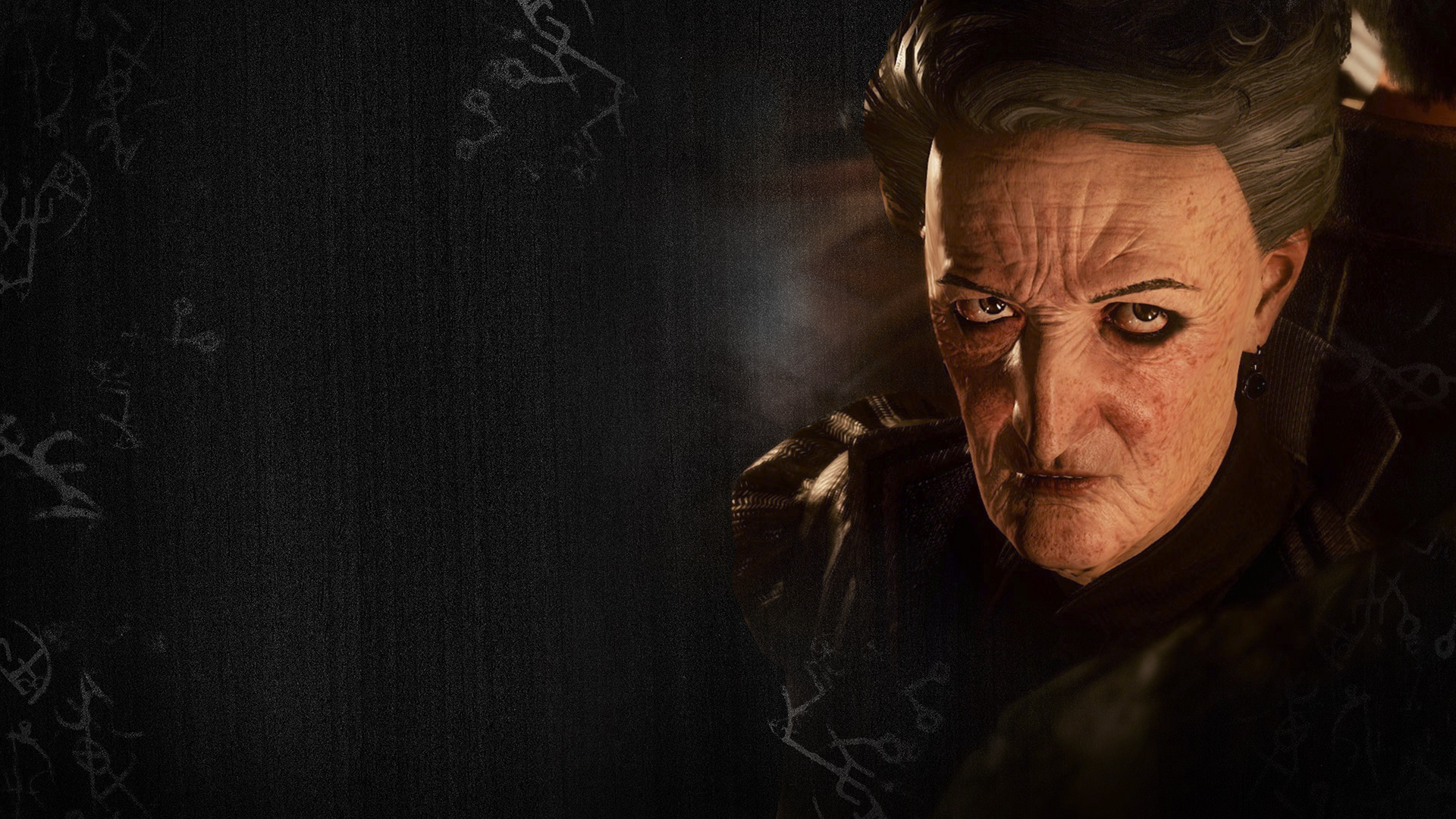 Richet’s numerous skills can be developed to align with your chosen approach to the adventure. Solve issues with diplomacy, delve into occultism to expand your historical and scientific knowledge, or play detective and see what others do not perceive.

Your skills will have uses that extend far beyond your conversations with fellow guests. With 15 diverse skills to use and invest in, you are free to uncover The Council’s mysteries how you see fit, with wildly varying consequences depending on your methods.

The results will forever alter the life of Louis de Richet, of those around him, and shape history as we know it. 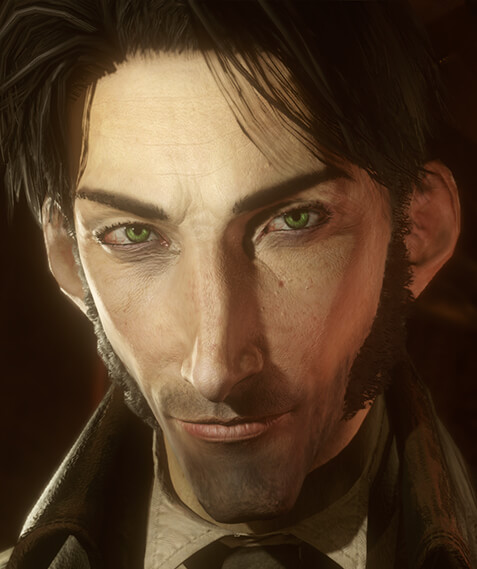 The only son of Sarah de Richet, Louis Mauras de Richet is a young Parisian aristocrat.

Since he was a young child, Louis has moved in his mother's circles. It was therefore natural that on his fourteenth birthday he entered the Golden Order, a secret society headed by Sarah.

Precocious, Louis progressed quickly at her side, despite the daily treatment his mother prescribed for his chronic migraines. He climbed the ladder until he was able to assist his mother in occult cases, for which he was particularly talented. As time went by, he became shaped in the image that his mother held for him.

Everything points to young Louis one day becoming the head of the Golden Order.

The only son of Sarah de Richet, Louis Mauras de Richet is a young Parisian aristocrat. 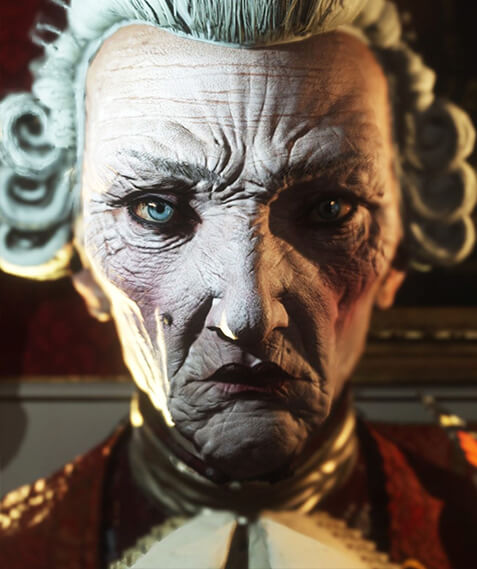 Confirmed royalist, Sir Gregory Holm spent his career extending the influence of the United Kingdom throughout the world. From the flourishing East India Company to the Spanish trading posts in America, he stamped his hallmark on key decisions made by the world's pre-eminent economic powers. In England, he contributed to the reduction of the national debt and, being very attached to family values, he invested time in the working class, creating charity schools in order to offer a decent education to the “future links in the next industrial revolution”. 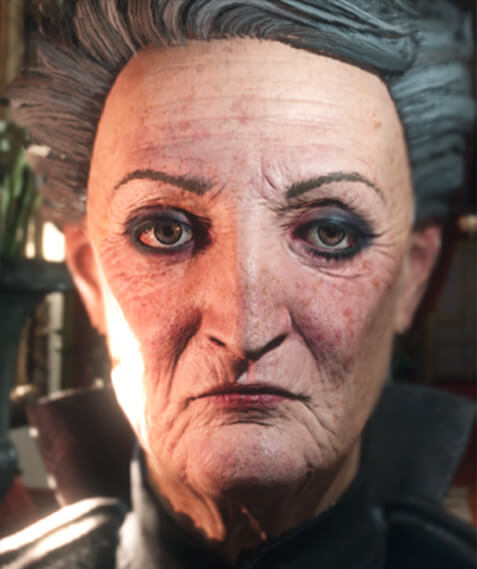 Thirty-four years ago, Sarah took control of one of the most important secret societies: the Golden Order.

A woman of strong will, Sarah endeavored to infiltrate the highest circles of society. Politics, trade transactions and secrets of states, the Order has an eye over everything. One of the biggest areas of growth that Sarah brought to the Order was the development of its branches in America, Europe and Central Africa. Not to mention the expansion of her occult section, which she took care of personally

Sarah has been preparing her son, Louis, to become the new face of the Golden Order ever since he was a young boy. 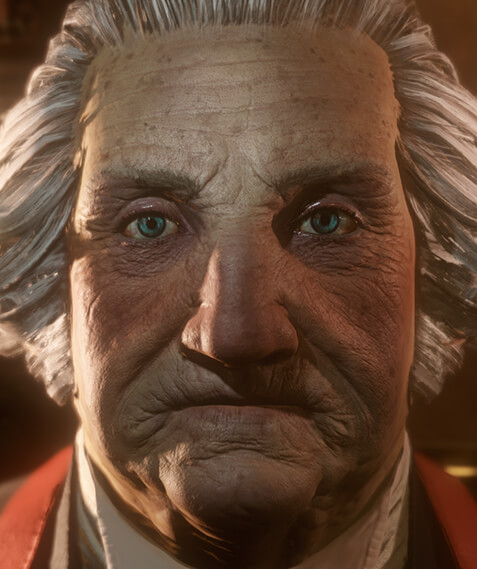 George Washington is a founding father and first president of the United States of America.

Washington shared his life between military and political success. Very early on, he was introduced by Sarah de Richet into the upper circles of an influential secret society based in France: the Golden Order. He later took the helm of the American branch. Tired of politics, he wanted to retire to his property in Virginia, but the enigmatic Lord Mortimer encouraged him to continue. On the advice of his friend, he ran for a second term and was successful.

Invited by Mortimer to his island, Washington likes to attend such social gatherings incognito.

George Washington is a founding father and first president of the United States of America. 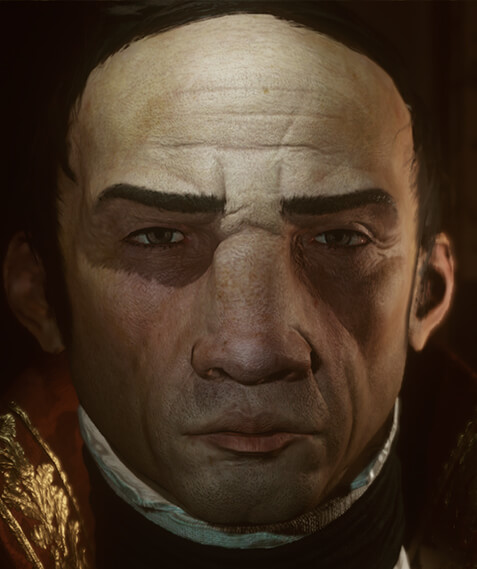 Manuel Godoy: Secretary of State and Head of the Spanish Government.

A favorite of King Charles IV of Spain, Godoy rapidly climbed the political ranks. Lover of Queen Marie Louise Bourbon of Parma, he attracted the envy of Spanish princes. As Secretary of State, he developed and strengthened the Spanish colonial empire, especially in the Americas. A close friend of Louis XVI, King of France, he worked hard for the king's liberation, but in vain. This served to fuel his resentment of the Republican government of France.

Invited by Sir Gregory Holm, Godoy arrived at Lord Mortimer's manor with the firm intention of calming expansionist desires of the United States of America on their continent.

Manuel Godoy: Secretary of State and Head of the Spanish Government. 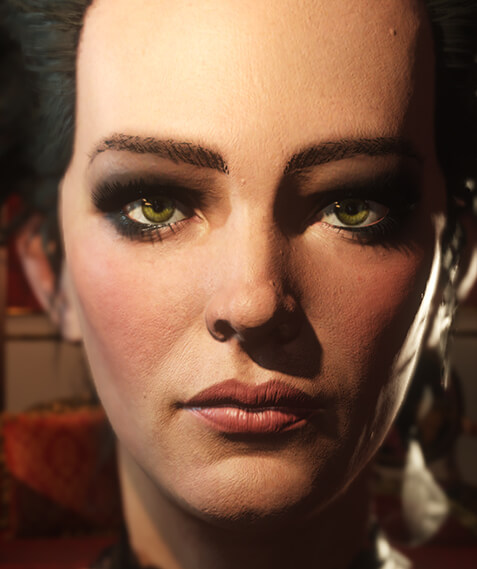 Emily Hillsborrow is an English Duchess, close to the English crown.

Discreet about her origins, Emily only came onto the political scene after her wedding, which some qualified as a marriage of interest, to an old English aristocrat on the decline. Libertarian, modern and discreet, she has taken it upon herself to establish close ties with her peers.

In recent years, she has become the favored diplomat of the Queen, which may have been what prompted her prime minister, William Pitt, to take her as private secretary - thus provoking much suspicion and jealousy.

As a regular visitor, Emily accepted Sir Gregory Holm's invitation to come to Lord Mortimer's island because, for nothing in the world, would she miss one of these famed receptions.

Emily Hillsborrow is an English Duchess, close to the English crown. 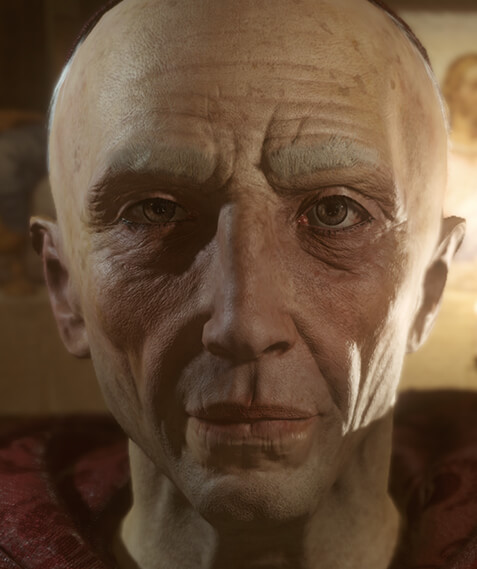 His Eminence the Cardinal Giuseppe Piaggi is a legate of Pope Pius VI.

A distinguished speaker, Giuseppe Piaggi worked throughout his career to serve the principles of the Roman Catholic Church. A man of science and an amateur philosopher, he quickly caught the ear of the Pope who discretely named him Cardinal “In Pectore”. He was thus able to use this relationship of trust to help Pius VI in his difficult mission of guiding the faithful.

Invited by Sir Gregory Holm, Piaggi is delighted to meet his old friend Mortimer in order to represent the interests of the Holy See.

His Eminence the Cardinal Giuseppe Piaggi is a legate of Pope Pius VI. 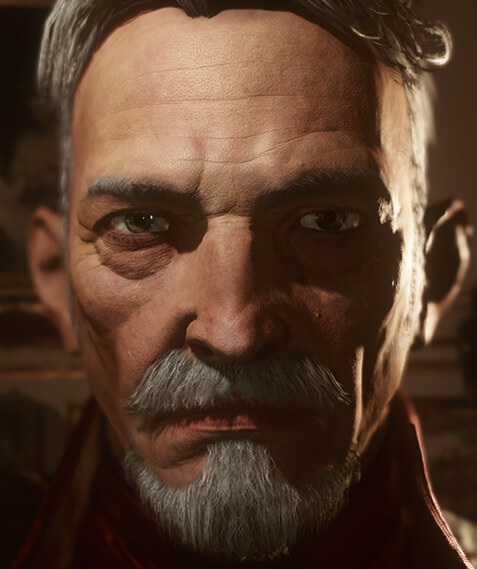 Johan Christoph von Wöllner is the Prussian Minister of Religion.

A friend of King Frederick William II of Prussia, von Wöllner secretly managed the affairs of State. A former pastor and member of a Masonic Lodge, he had all the time he needed to convert his King to his point of view. Together they opened their own lodge, under the influence of the Rosicrucians. Passionate about the occult sciences and alchemy, he led a war of religion in his country and fiercely combated the ideas of the Enlightenment.

A friend of Sir Gregory Holm, von Wöllner believes in spiritual alchemy, of which the materia prima is the human soul.”

Johan Christoph von Wöllner is the Prussian Minister of Religion. 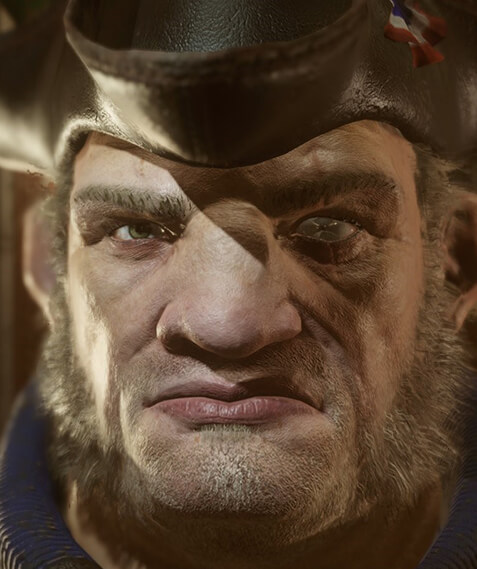 Jacques Peru is one of the fathers of the Revolutionary Tribunal of Paris.

During the Terror, he quickly became one of the most worrying figures in all of Paris. He distinguished himself by taking part in the siege of the Bastille and in the capture of Louis XVI, the current King of France. He was involved in the creation of the “Revolutionary Tribunal”.

Is he a man of law or torturer? Nobody dares say. This judge of the people has overseen many trials that sent opponents and traitors of the Revolution to the guillotine.

Peru interrupted his revolutionary activities after Lord Mortimer, his patron, invited him to join an important social gathering.

Jacques Peru is one of the fathers of the Revolutionary Tribunal of Paris. 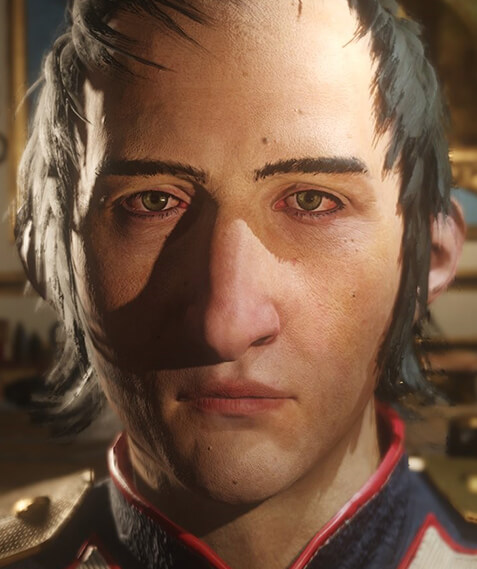 Napoleon Bonaparte is a young lieutenant in the French army.

In his early youth, Napoleon was uprooted from his native Corsica and thus bore a grudge against the aristocracy, the clergy and the French people who failed to accept him. He joined the French army with the firm intention of making a name for himself and marking history by proving his true worth.

Searching for backing of any kind, he attracted the sympathy and support of Lord Mortimer. Invited to the latter's reception, Napoleon intends to prove his value to the world.

Napoleon Bonaparte is a young lieutenant in the French army. 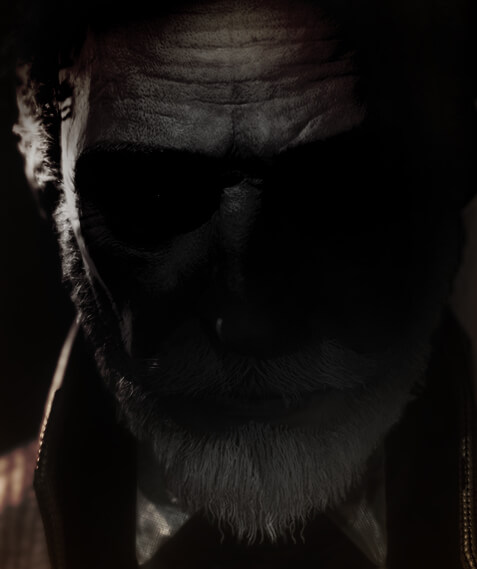 Lord William Alexander Mortimer, Marquis of Westfordshire and peer of Great Britain, is an extremely rich English aristocrat, as discreet as he is influential.

An investor of talent, Mortimer's success in business was masterful.

He finished by withdrawing from the public arena and isolating himself more and more often on his private island. A major patron of the arts, he finances a large number of artists in diverse fields and takes great pleasure in bringing together unexpected personalities. He does the same with the greats of this world, men and women of influence and state.

He regularly organizes social gatherings on his private island off the coast of England.

Lord William Alexander Mortimer, Marquis of Westfordshire and peer of Great Britain, is an extremely rich English aristocrat, as discreet as he is influential.